Dopamine-mobilized foragers: the discovery of a ‘wanting’ neurotransmitter in bees 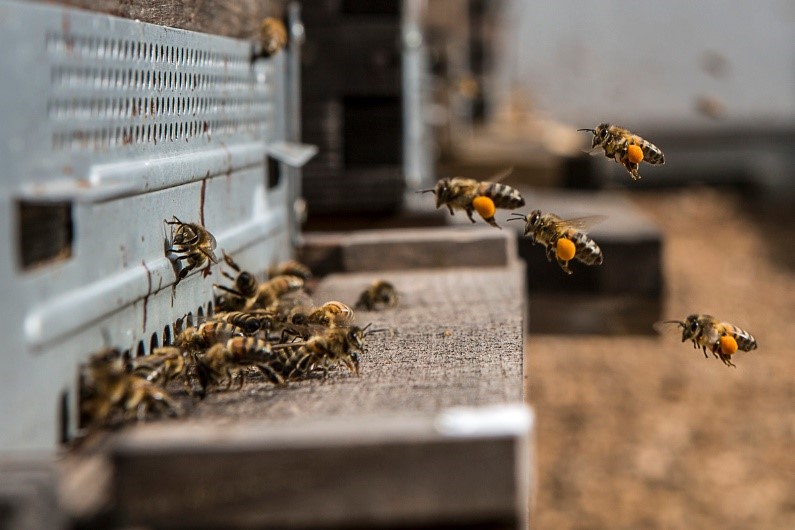 The mammalian brain constantly scans the world in search of potential rewards; dopamine is the signal associated with this seeking behavior. This neurotransmitter is released by a brain network called the "wanting system", which is activated when a certain reward is pursued. Until now, the existence of an equivalent system in insects was unknown. This is no longer the case!

Martin Giurfa (CRCA -CBI) and his team in collaboration with the Fujian Agricultural and Forestry University, China, studied during four years foraging bees that left their hive motivated by specific expectations of food reward and related their actitivity to dopamine levels in the brain.

In a paper published in the journal Science, they show for the first time that a system based on dopaminergic signaling exists and is activated in foraging bees when they depart towards a known appetitive food source, but also when they dance in the hive to communicate the presence of food sources to be exploited to their fellow bees. Thus, the wanting system of bees relies on dopaminergic signaling, but is embedded in a social context: the food that bees gather is not to satisfy their individual hunger but the needs of the colony. The activation of this system during the dance suggests in addition that bees do not only provide information about distance and direction of a profitable food sour e through the dance; they also recollect memories of a desired goal while dancing.