Growth inhibition of the tuberculosis bacillus by one of its toxins 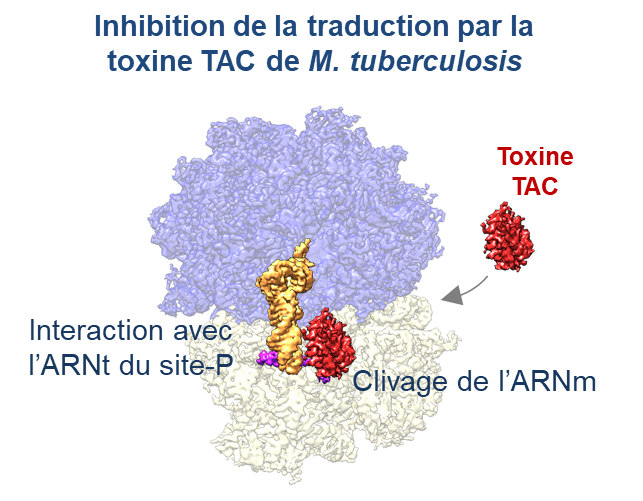 Some bacteria produce toxins that allow them to control their own growth, thus facilitating a rapid adaptation to different stresses or other aggressions of the immune system.

Pierre Genevaux's team (LMGM-CBI) and his collaborators have characterized the mechanism of action of one of these toxins present in Mycobacterium tuberculosis, the tuberculosis bacillus. The toxin binds to the ribosome and specifically cleaves certain messenger RNAs (mRNA) during translation. This activity is for the first time observed by cryo-electron microscopy.