The choreography of ribosomal DNA: its mobility allows its repair 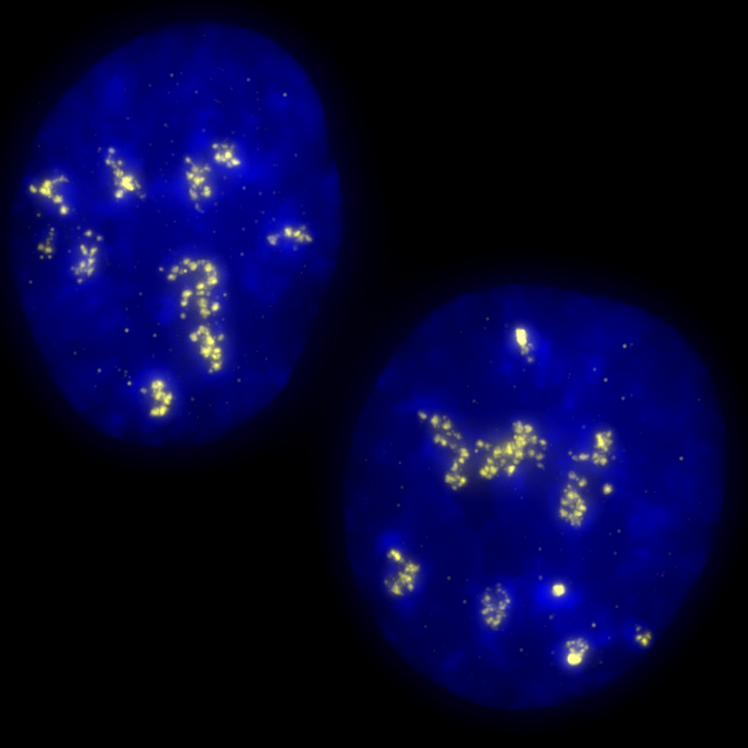 DNA double-strand breaks are amongst the most toxic lesions for the cell as they can cause cancer. Actively transcribed genes are more prone to undergo breakage. Nevertheless, their precise mechanisms of repair are still unclear. By studying the repair of the most actively transcribed region of our genome, the ribosomal DNA, researchers at the Center for Integrative Biology (CBI) published in the journal Genes and Development the particular mechanism at play.

Our DNA undergoes many external aggressions that lead to damages that threaten the integrity of the genome. Among these damages, DNA double-strand breaks are considered to be the most toxic lesions for the cell because they can lead to events that cause cancer such as chromosomal mutations and rearrangements. Surprisingly, recent studies indicate that these lesions can be caused by the normal metabolic activity of the cell, and that these damages preferentially occur in genes whose transcription is active. The repair of these active genes nevertheless remains a subject that has not been extensively studied.

For this reason, we have focused our work on the most transcribed region of our genome: the ribosomal DNA. In addition to being "hypertranscribed", ribosomal DNA is composed of repeated DNA, which poses a real threat to the integrity of our genome. The slightest imbalance, such as the variation in the number of repetitions or their correct arrangements, could jeopardize cellular homeostasis. Indeed, within the nucleolus, the ribosomal DNA codes for the ribosomes that ensure the synthesis of proteins, which are essential to all cellular functions. Furthermore, instability of ribosomal DNA has already been associated with cancer and premature aging.

In order to understand the repair mechanisms of ribosomal DNA, we used a cellular model (DIvA) allowing the induction of DNA double-strand breaks at known positions in the human genome, and notably in ribosomal DNA. We showed that ribosomal DNA double-strand breaks cause transcriptional arrest, in a way that depends on chromosomal architectural proteins (the cohesins) and on a chromatin repressor complex (called HUSH). It is important to note that, contrary to what has been proposed, transcriptional repression is not sufficient to promote the observed movement of damaged ribosomal DNA out of the nucleolus. We have shown that this mobility also requires the extensive formation of single-stranded DNA (resection), thus allowing repair of breaks by homologous recombination. Finally, this study shows that the nuclear envelope frequently contacts the nucleolus and that the mobility of ribosomal DNA is an active process involving nuclear and cytoplasmic skeleton proteins.

This study is a first step in identifying proteins that protect ribosomal DNA against instability, which could help designing targeted strategies for the development of new therapies for cancer and premature aging. 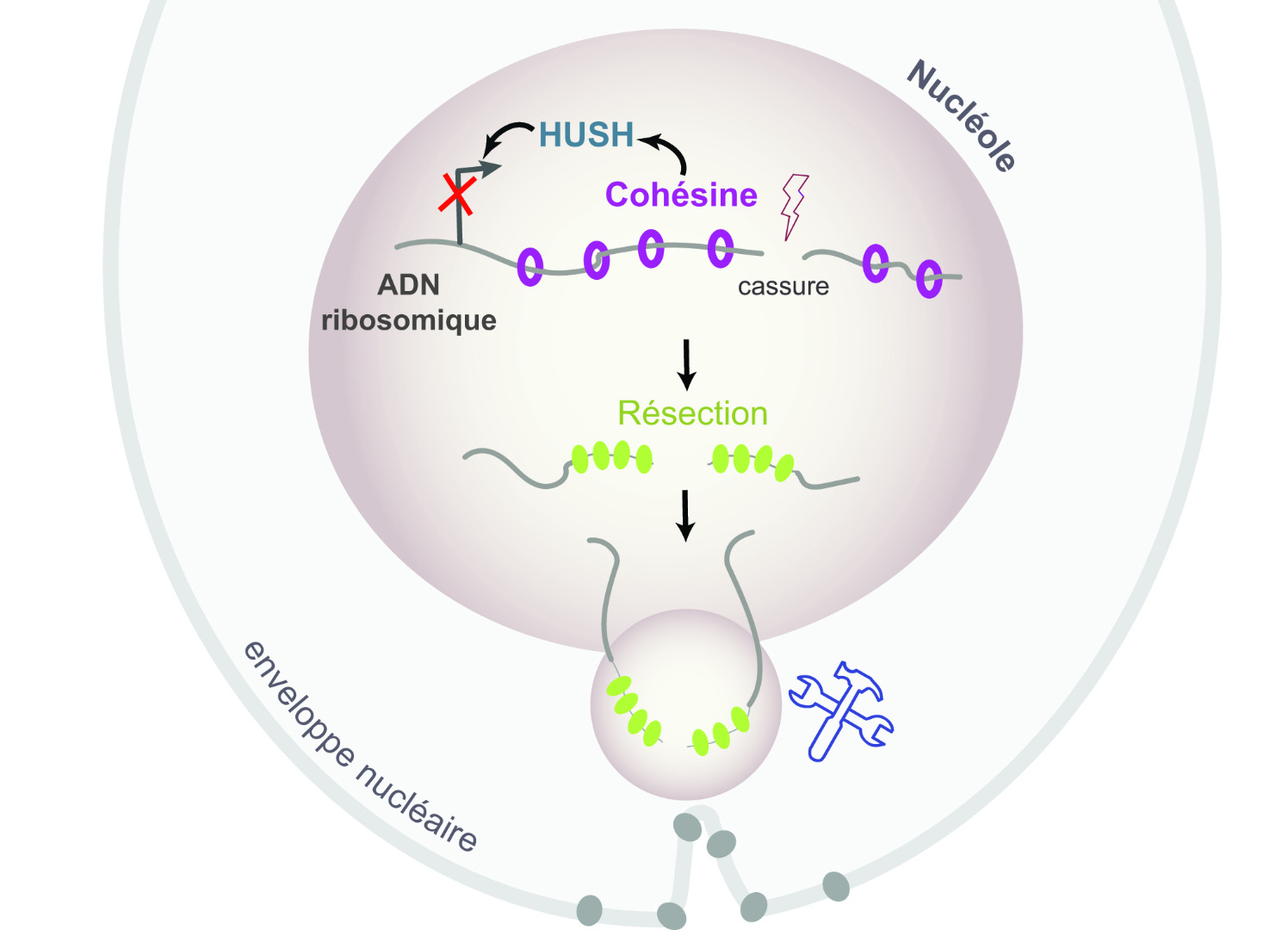 Figure : Double-strand breaks in ribosomal DNA result in repression of transcription via cohesin and the HUSH complex. This is followed by the generation of single-stranded DNA (resection) which is a necessary step for the movement of ribosomal DNA at the periphery of the nucleolus. This movement is presumably an active process involving nuclear envelope proteins linking the nuclear and cytoplasmic skeletons.