The functional complexity of the central nervous system is reflected not only by the variety of neurons, but also by the remarkable diversity of glial cells. These cells, including astrocytes and oligodendrocytes, have emerged as crucial regulators of brain and spinal cord development, function and health, yet important questions regarding their developmental origins, genetic program and diversity remain unanswered. Research in our lab is dedicated to decipher the molecular mechanisms driving precursor cells of the neural tube to generate glial cells. A major theme in our work is the role of signaling molecules in controlling generation of glial cell diversity.

Our previous work contributed to evidence that, in the developing CNS, generation of glial cells start precisely when neural progenitors stop producing neurons and that the patterning mechanism, well known to control generation of neuronal diversity in the neural tube, is reutilized during gliogenesis and serves to organize local production of distinct glial precursor cell sub-types. How neural precursor cells select their fates over time, generating neurons or glial cells, is a still opened question. We solved part of this question showing that commitment to the oligodendrocyte fate instead of the motorneuron fate in the embryonic spinal cord depends on a temporal activation of Sonic hedgehog signaling activity. We recently identified additional gliogenic signals. Our current project, mainly based on the use of transgenic signaling pathway reporters in zebrafish, aims at understanding if and how these signals contribute to generate distinct glial cell sub-types.

Project 2 : Identification and functional analysis of novel gliogenic genes in the developing brain and spinal cord

In an attempt to identify novel genes involved in controlling generation of glial cells, we developed a molecular screen conceived to identify genes specifically activated in neural progenitors as they switch to a glial cell fate. Exploration of our candidate gene collection, still in progress, led us identifying novel regulators of glial precursor cell commitment. Among the candidates singled out, we focused on Sulf1, an extracellular endosulfatase whose function is to modulate the sulfation state of heparan sulfate proteoglycans (HSPGs). We recently highlighted the major role of Sulf1 in controlling the timing and efficiency of oligodendrocyte precursor cell production by activating Shh signaling in the embryonic spinal cord.  Our current work is mainly dedicated to unravel the function of two novel gliogenic genes, involved in triggering production of distinct glial cell sub-types, using genetic approaches in mouse and zebrafish.  In the longer term, we hope that our studies will 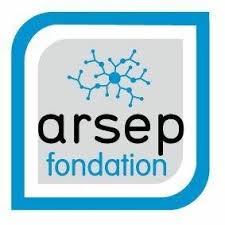