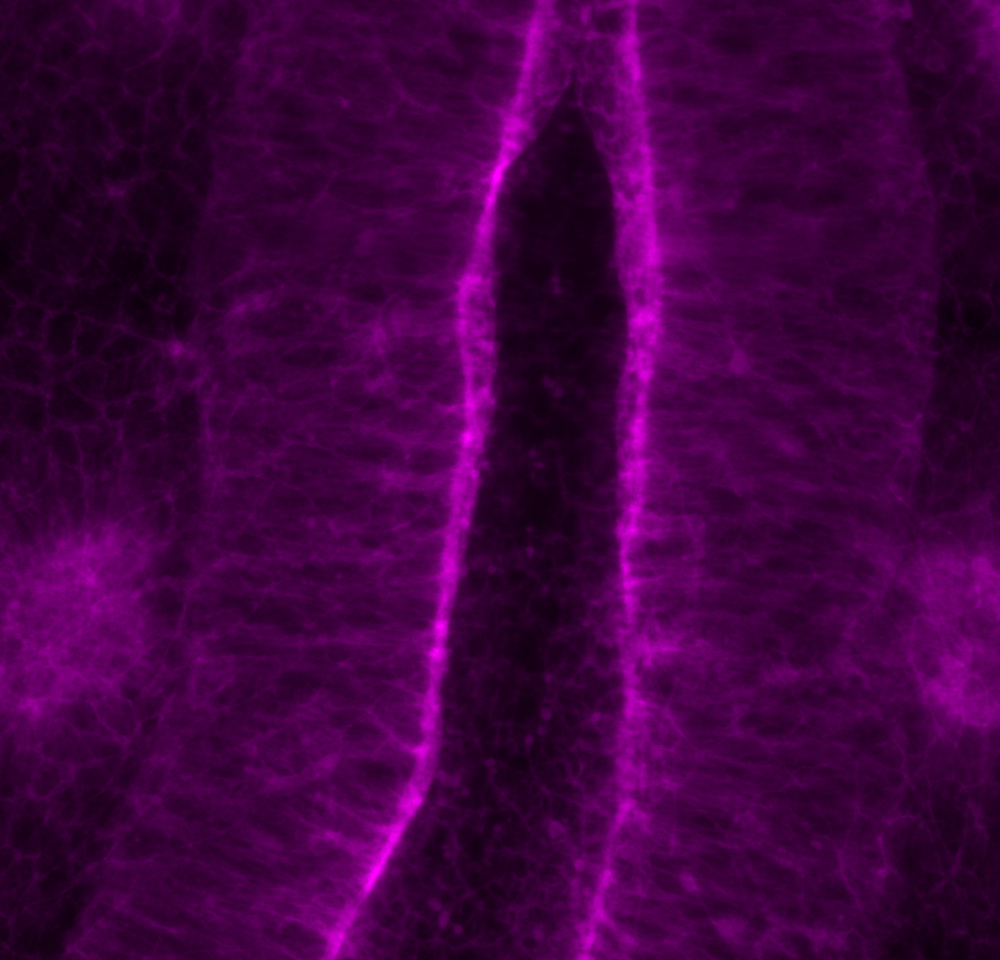 Apoptosis plays an important role in morphogenesis. It was initially proposed that cell elimination per se was sufficient to shape a tissue, thus reducing apoptosis to the simple destruction of cells. It is only recently that the notion that apoptotic cells can impact their surroundings came to light. However, how this applies to vertebrate morphogenesis remains unknown. Here, we use the formation of the neural tube, an initially flat epithelium that bends and fuses, to determine how apoptosis contributes to morphogenesis in vertebrates. Neural tube closure defects have been reported when apoptosis is impaired in chicken and mouse embryos, although the cellular mechanisms involved are unknown. Using chicken and quail embryos, we found that apoptosis mainly occurs shortly before or at the time of dorsal bending of the neural epithelium and is required for this bending. By a combination of high-resolution time-lapse imaging, laser ablation and immunodetection experiments, we show that apoptotic cells generate an apico-basal force before being extruded from the neuro-epithelium through the formation of a tensile acto-myosin cable that connect the nucleus to the apical surface of the cell. The force generated by apoptotic cells is transmitted to their neighbors, as revealed by concomitant cell deformation observed across several cell diameters, suggesting a local increase in tissue tension. At the subcellular level, this force deforms the nucleus and precipitates its fragmentation. All together these data reveal that apoptotic cells influence their surroundings mechanically and strongly suggest their active contribution to neural tube bending. Furthermore, it suggests that the same force plays a dual role in in tissue morphogenesis and in the orchestration of cellular and nuclear destruction.