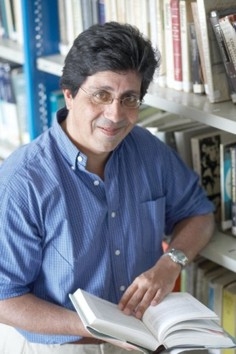 There is a common perception that larger brains mediate higher cognitive capacity. Social insects, however, demonstrate that sophisticated cognition is possible with miniature brains. Honeybees display higher-order learning such as categorization, non-linear discriminations, concept learning and numerosity, which are unique among insects. These capacities are mediated by a miniature brain with only 950 000 neurons. Despite extensive behavioral analyses, no study has attempted to elucidate the neural mechanisms underpinning the higher-order learning of bees. Our current breakthrough establishing virtual-reality protocols for tethered honeybees offers a unique opportunity to uncover the minimal circuits that mediate higher-order forms of cognitive processing in the brain of a behaving bee. We have recently shown that bees learn to solve elemental and non-elemental problems in this experimental context, which allows integrating behavioral, neurobiological and computational approaches to unravel the neural mechanisms underlying non- elemental learning in the honeybee.

We will combine behavioral recordings of bees learning non-linear discriminations and relational rules in a virtual reality environment, with access to their brain via multi- photon calcium imaging and multielectrode recordings of neural populations. We will determine the neural circuits of elemental and non-elemental visual learnin

g along the visual circuits of the bee brain, and the necessity and sufficiency of these circuits for these capacities via selective knockdown and rescuing via wavelength-selective multi-photon uncaging of neurotransmitters. Data will be fed into  computational models to test hypotheses about minimal neural architectures for visual cognition, working towards whole- brain modeling. Integrating all project levels will allow expanding the currently available information on the neurobiology of insect learning. We will provide the first complete account of the mechanisms that underlie visual cognition in a miniature nervous system. We hope, in this way, to influence future directions in a broad spectrum of research fields, especially in comparing humans with one of the best-known invertebrate systems.