MOLECULTURE: Multiscale study of social learning and memory in Drosophila melanogaster: from genes to animal culture 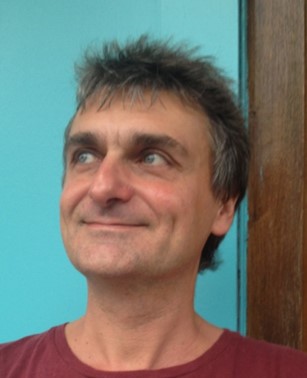 Neuroscientists are unanimous in recognizing that experiences influence brain, which in turn influences experiences. For instance, individuals can learn from their own experience. However, individuals can also learn from the observation of the experience of other individuals, a process called “observational learning”, and which constitutes a form of social learning. This process constitutes an alternative to "trial-and-error" strategies, which can be very costly in some contexts such as tasting toxic foods, confronting a predator or even more so in reproductive decisions given the small numbers of reproductive events in a life-time.

From an evolutionary point of view, observational learning, or social learning in general, has the potential to foster the emergence of cultural transmission and evolution that in return can modify the selection pressures acting on individuals (through the effect of social constraints). While social learning is documented in a vast array of species, beyond Humans, cultural transmission has been documented in only a small number of mammals and birds. However, we recently proposed on the basis of a detailed experimental and theoretical study of social learning in the context of mate-choice, that social learning in drosophila may foster the emergence of real cultural traditions in mating preference that may vary among populations. In view of the importance of mate-choice in terms of sexual selection, we now propose to merge the study of the neurobiology of cognition and that of the evolutionary origin and consequences of that type of social learning to better understand its evolutionary and mechanistic characteristics. 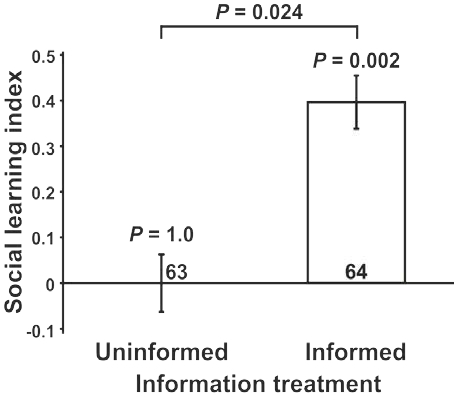 A typical mate-copying experiment in D. melanogaster for green vs pink males. 0% represents cases when each of the 2 male phenotypes was chosen in 50% of the trials, thus corresponding to random choice by observer females

Usually, mechanisms of social learning and memory are studied at the sole level of individual’s behavior so that its neurobiological underpinning and the selective pressure that prevailed during their evolution remain poorly investigated. This is because there is currently no recognized simple and tractable biological model that integrates and processes social stimuli to enable the study of how the brain learns and memorizes social information. In addition, research on social learning mostly focuses either on proximate or ultimate causes, but only rarely integrate these two levels of analysis.