Telomeres, the natural ends of linear chromosomes, protect our genetic material from degradation and our chromosomes from fusion. They consist of tandem TTAGGG repeats and their status are regulated by the Shelterin protein complex that controls telomere length and telomere integrity. Interestingly, telomeres have an essential function in the organization of the nucleus in a variety of organisms. The interphase nucleus is highly compartmentalized, and during the last decades it has become clear that chromosomes occupy specific discrete territories. This spatial organization of the genome has emerged as an essential aspect of gene regulation and genome stability, and the function of human telomeres in this process is still elusive. 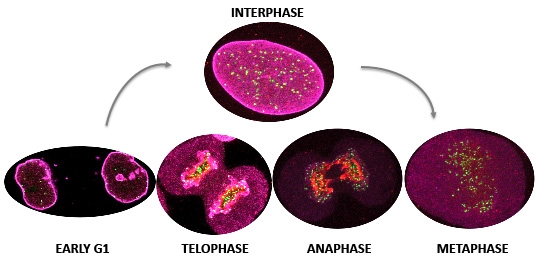 The Crabbe lab is focused on: