I am interested in the organisation and dynamics of bacterial chromosomes and the proteins involved in this process, especially the Nucleoid-Associated-Proteins (NAPs). Using a variety of tools (biochemistry, biophysics, genetics and microscopy), I am trying to understand the binding of proteins such as MatP, Fis, H-NS, and their effect on the structure of the chromosome in E. coli. To do this, I have been combining a biophysical method, the Tethered Particle Motion (TPM) set-up, with short-time microscopy, which allows to generate physical properties of chromosomal loci (MSD, Diffusion Coefficient…) by analysing the motion of foci in the cell in different conditions or mutants. 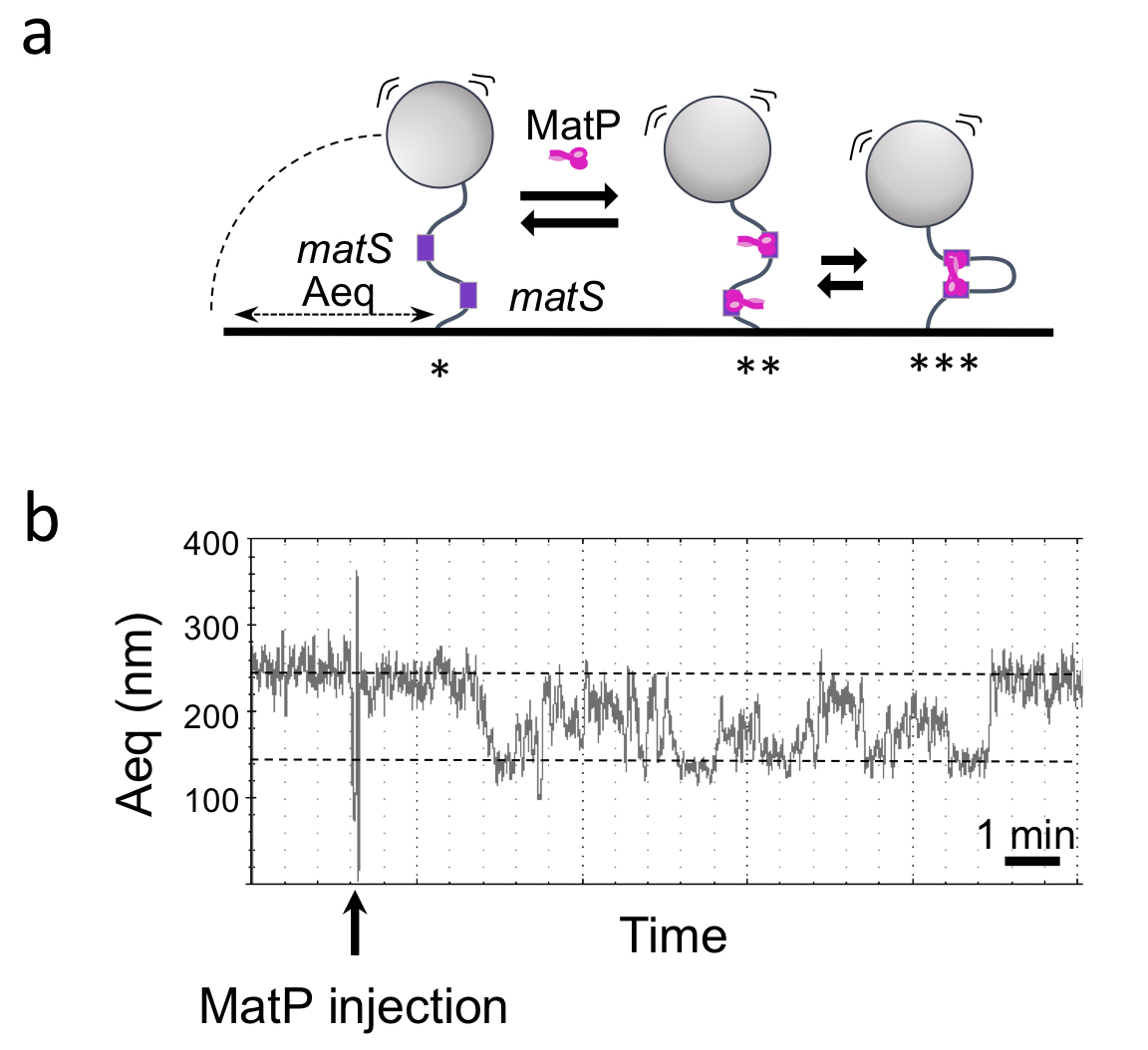 Example of a TPM set-up to study MatP
a. A bead is attached to a single DNA molecule (*).  When a protein binds (here, MatP binds matS sites), this induces a conformational change (**) or a loop (***), which reduces the apparent length of the DNA, and therefore the Brownian motion of the bead.
b. Example of a trace for a bead linked to a DNA containing 2 matS. Several, short looping events can be observed, indicating the dynamics of the loop formation.

A loci near the origin of replication has been tagged with a parS sequence, so that we can observe a focus formed by the fixation of ParB-GFP. We are then using Matlab  scripts to extract the trajectories of each focus, and their properties.

Our last paper is being advertised on the CNRS webpage