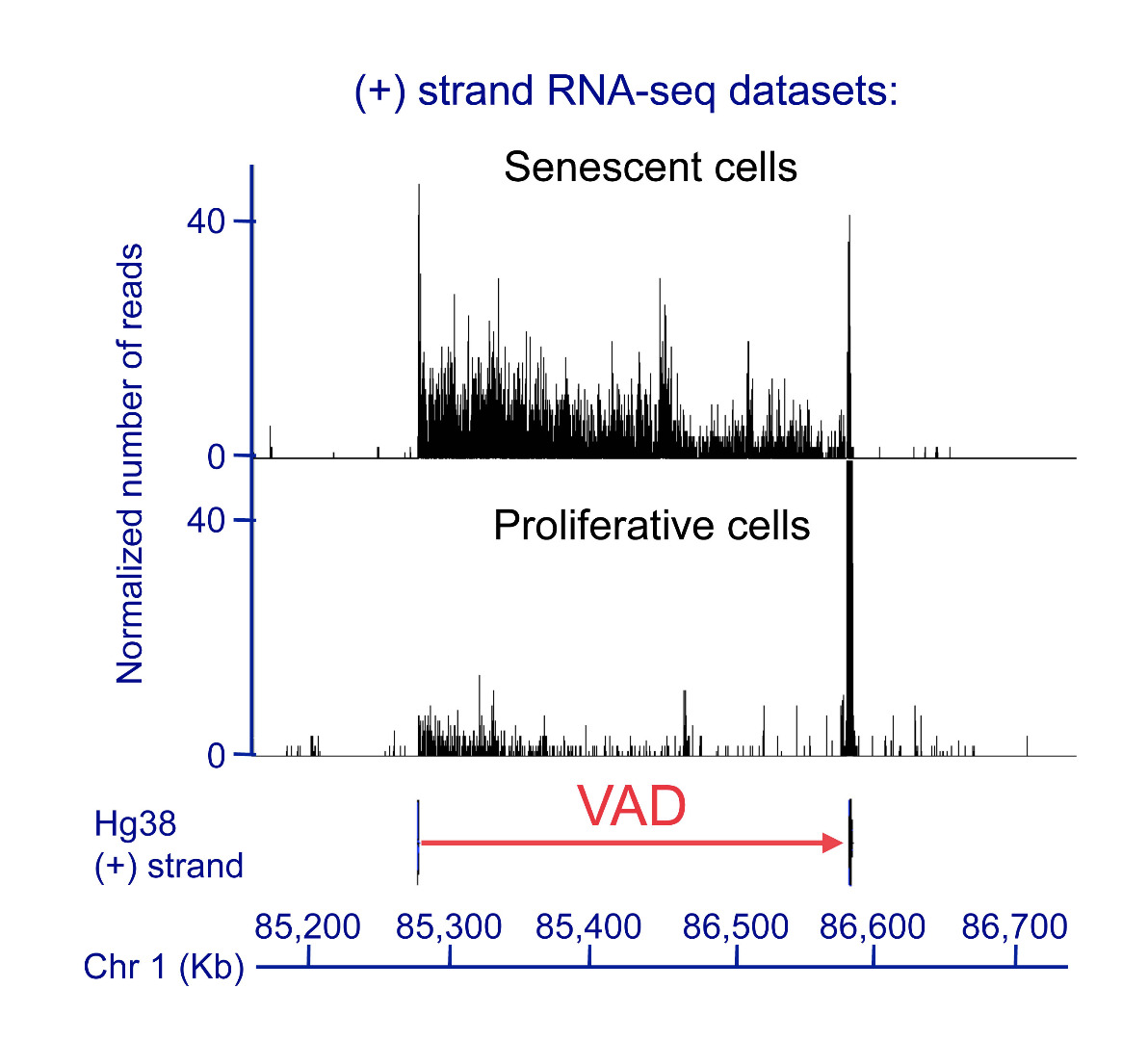 Cellular senescence is considered as a major anticancer pathway by restricting the proliferation of potentially cancerous cells. However the accumulation of senescent cells can drive normal and pathological aging-related diseases. Senescence can be induced in mammalian cells in response to various stresses, such as telomere shortening, DNA damages or oncogene activation. Senescent cells are in a state of permanent growth arrest and establish a specific genetic program. Another frequent hallmark of senescent cells is the reorganization of chromatin into heterochromatin foci, named SAHF (Senescence Associated Heterochromatin Foci).

Long non-coding RNAs (ncRNAs) participate in the regulation of gene expression in cis or in trans, mainly by allowing the correct structuration of chromatin. Our research interest is to identify long ncRNAs as new players of cellular senescence control and, as such, potentially important in cellular normal and pathological aging as well as in tumor suppressive mechanisms. Especially, as they remain little understood, we are studying the function and the regulation of ncRNAs, which are antisense to known genes.

VlincRNAs (very long intergenic non-coding RNAs) are recently described ncRNAs with unknown function. They are characterized by their very long size (> 50 kb) and transcribed from intergenic or antisense sequences. We have identified a vlincRNA, VAD, whose expression increases in senescence. VAD is important for senescence maintenance by inhibiting the incorporation of the histone variant H2A.Z at specific promoters, highlighting the involvement of ncRNA in the control of cellular senescence and in the localization of H2A.Z.

Recently we have identified a new family of antisense RNAs that occurs at convergent gene loci (adjacent genes in opposite orientation in the genome) by a defect of transcription termination of one of the two convergent genes. The expression of these ncRNAs, which we named START RNAs, is increased in senescence by an increase of RNA polymerase II (pol II) elongation rate downstream the termination site. Moreover START RNA expression is controlled by the histone variant H2A.Z. These START RNAs are functional as they can regulate the expression of the genes to which they are antisense. Altogether these results underline a new mechanism of gene expression regulation, without new initiation events, based on the epigenetic control of RNA pol II elongation rate downstream convergent protein-coding genes.

Our ongoing research focuses on these topics: to better understand the mechanisms of action of vlincRNAs and antisense transcripts during senescence, in relation with the regulation of chromatin structure such as the histone variant H2A.Z incorporation. We are performing large-scale data analysis accompanied by the study of the molecular and cellular functions of some specific ncRNAs.

Publications on the subject : 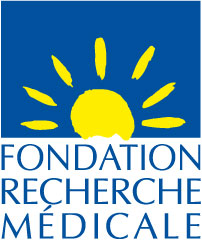