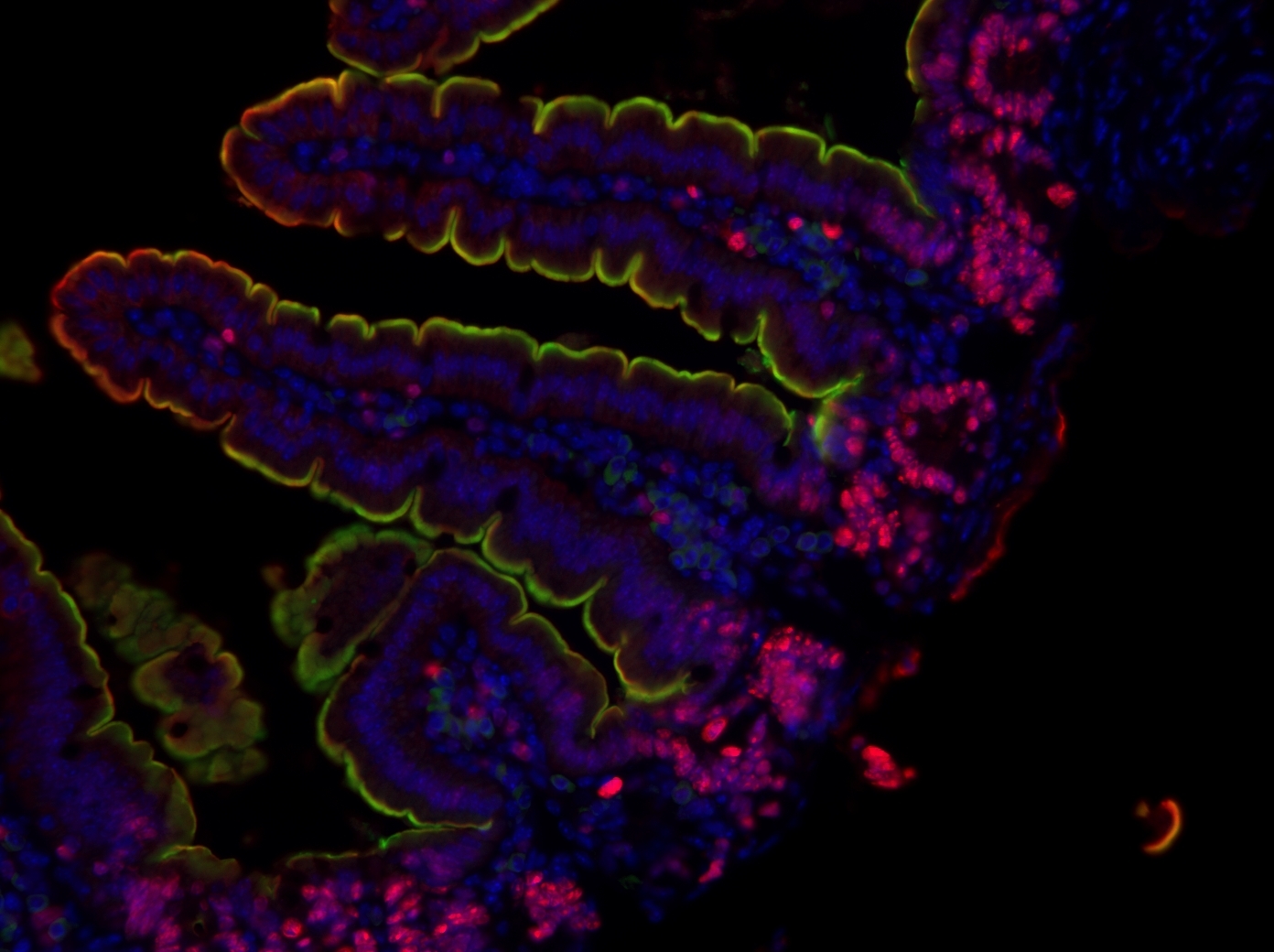 The chromatin modifying enzymes are involved in the control of almost major cellular processes (transcription, DNA repair, proliferation, apoptosis, ...). Such enzymes act as coactivators or co-repressors in transcriptional complexes and thus, regulate the expression of many proteins. These complexes may contain transcription factors involved in their targeting to specific promoters where they then induce chromatin modifications (DNA methylation, post-translational modifications of histones or histone variants incorporation, for example) which modulate its compaction and especially modify the accessibility of transcription factors and transcriptional machineries to the promoters.

The importance of chromatin, as fundamental in diverse cellular processes, is perfectly illustrated by the wide variety of diseases associated with protein malfunctions regulating structure (targeting flaws and defects activity ...). Among them there are, for example, neurodegenerative diseases (spinocerebellar ataxia type 7, amyotrophic lateral sclerosis or Alzheimer's disease), and many genetic syndromes associated with mental retardation and developmental abnormalities (Rubinstein Taybi syndrome-ICF, ATR-X, ...) ...

Tumor progression is intimately linked to deregulation of chromatin. Thus, genes coding for histone-modifying enzymes are mutated, undergo translocations or are overexpressed in various cancers (leukemia acute myeloid ..). In addition, cancer cells carry a "chromatin signature" very specific, universal and that DNA is generally hypomethylated, and the chromatin is hypoacetylated and hypomethylated on lysines 16 and 20, respectively, of histone H4. At a local level, tumor suppressor genes promoters are hypermethylated (which is associated with their transcriptional repression), while those of oncogenes are hypomethylated (and therefore associated with their re-expression). Such radical changes in chromatin structure have been proposed to be widely involved in both the "dedifferentiation" and the reactivation of cell growth, as well as genetic instability associated with tumor cells. Finally, recent years have seen the emergence of drugs called "epigenetic therapies" that are effective in treating certain cancers, and which are a promising alternative to conventional genotoxic treatments or offer a complementary therapeutic interest as adjuvants.

Oncogenesis is based on several concomitant cellular events, all of which will contribute synergistically to tumor progression: the output of the differentiation and the reactivation of cell growth, the inactivation of "checkpoints" controlling the cell cycle, the abolition cell death mechanisms (apoptosis, senescence) and the induction of genetic instability that promotes tumorigenesis.

Given the importance of chromatin in all cellular processes, it is crucial to understand its impact and contribution to human pathophysiology. Thus, all our projects are designed to investigate the role of chromatin remodeling complexes in :

* the induction of the differentiation process

* the control of proliferation and cell survival

For several years, our team is interested in the histone acetyltransferase Tip60. Indeed, Tip60 is part of a multiprotein complex that includes other highly valuable proteins, such as ATPase family SWI / SNF p400, helicases and Tip49a Tip49b, and TRRAP a protein related to ATM / ATR / DNAPK kinases . This complex can indeed modify chromatin by several mechanisms, as further Tip60 which acetylates histones, p400 may incorporate variants of histone H2A in chromatin (eg H2A.Z). We have shown that Tip60 is co-regulated with the p53 protein, since it is ubiquitinated by the same ubiquitin ligase and that its expression is increased in the induction of DNA damages (Legube et al., 2002). Subsequently, we demonstrated, with other teams, that it plays a crucial role in the p53 pathway, since it is required for cell cycle arrest in G1 (Legube et al., 2004) and also for apoptosis (Tyteca et al., 2006). Tip60 is involved in the activation of p53 target genes, including p21 (important for cycle arrest) and Bax or Fas, which in turn participate in the induction of apoptosis. We showed that Tip60 promotes p53 binding to its target genes (Tyteca et al., 2006a). Since then, it has been shown by two other teams that Tip60 acetylated p53 in its DNA binding domain, affecting its binding properties to its target genes (Tyteca et al., 2006b). All our work has contributed to show the crucial importance of Tip60 in the response to DNA damages in general and prticularly in the p53 pathway.
We are also interested in other members of the complex Tip60, and we were surprised to find that p400 and Tip49b actually work antagonistically to Tip60, at least regarding the p53 pathway. In fact, the knock-down of p400 by the use of siRNAs results in the activation of target genes of p53, including p21 and fas, and is capable of inducing cycle arrest (Tyteca et al., 2006) or apoptosis (Mattera et al., 2009). By using double-siRNAs, we placed p400 upstream of Tip60, and proposed that the knockdown of p400 induces the Tip60-dependent signaling pathway (Tyteca et al., 2006, Mattera et al., 2009). These results were confirmed by the team of D. Livingston, which showed that p400 represses the promoter of p21 through the incorporation of histone variant H2A.Z and that when p400 was inactivated, this repression is lifted, and p53 can activate transcription of p21 via Tip60. Our recent results show, however, that the antagonism p400 / Tip60 is not limited to the p21 promoter and is also observed in p53-negative cells (Mattera et al., 2009). We are currently studying the mechanism by which p400 activates a pathway dependent signaling Tip60 and we characterize this signaling pathway.
In parallel, because of the role of Tip60 in response to DNA damage, we investigated the involvement of members of the complex Tip60 in human cancers. We showed that the expression of mRNA coding for Tip60 and p400 is deregulated in colorectal carcinomas (Mattera et al, 2009). The ratio Tip60 / p400 is unbalanced in favor of p400, which has the consequence of inactivating the signaling pathways controlled by Tip60 and leading to apoptosis or stopping the cycle. These activation defects in cancers of the colon, are in agreement with the fact that Tip60 is a suppressor of haploidentical insufficient tumor in mice. We have shown that inhibition of p400 will restore these pathways and we have proposed that this couple p400 / Tip60 can be an interesting therapeutic target (Mattera et al., 2009). Moreover, in mice, we confirmed that the ratio Tip60 / p400 control tumor progression (Chevillard-Briet, 2014) using mice in which the expression of p400 and Tip60 is impaired (heterozygous mice). Thus, the occurrence of chemically induced precancerous lesions of the colon (cryptaux aberrant foci and adenomas) is dependent on the status Tip60 / p400 and our results confirm p400 as a potential therapeutic target.

Finally, we have recently shown (Grezy, 2016) that Tip60 also plays a role quite unexpected in the genetic stability: it is involved in the compaction of heterochromatin at the pericentromeres, an indispensable event in chromosome segregation in mitosis. Thus, it is responsible for the activation of an alternative pathway of compaction when conventional mechanisms are defective (histone methylation by Suv39H), as is often the case in cancer. So we uncovered a new mechanism involving Tip60 in controlling genetic stability. Given all the multiple pathophysiological implications of the Tip60 complex that we, and others, have updated, we are interested now in its potential role in the development and function of the normal organ (including the colon) as well as in other types of pathologies such as neurodegenerative diseases ...

Publications on the subject (the team members are in bold): 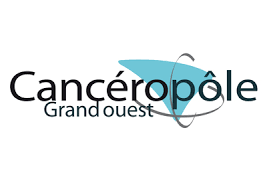 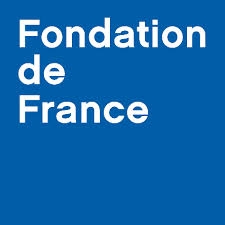